It's been nearly a year since the 6.1.9 release. This is the first release candidate for the 6.2.0 update. if you encounter any issues please report them! Especially if they were not present in the prior versions. With that out of the way, let's go over the things that have changed:

Support for tilt/horizontal scrolling in the UI.

Added support for modifying the Log2Rid value when saving the module.

Add support for ARM64 target architecture in the assembly editor.

Show debugged process's name in the title bar (by @InKahootz)

Added back the Save Code, Save BAML, and Save XAML options in the File context menu which save the contents of the currently open document tab.

Display a warning message before starting to debug a target file with a different bitness than the current dnSpy version running.

Add a new option that allows to automatically break on <Module>::.cctor when starting to debug.

Display the exception's HResult property when an unhandled exception is hit.

Added jump to reference support for jmp() expressions created when the jmp CIL was present.

Add more information to the output when disassembling the module node when using the CIL disassembler.

Fix the .NET 6 console executable having the incorrect subsystem set in the PE options resulting in a crash.

Fixed escaping of namespaces in tooltips.

Improved RVA <-> FileOffset conversions in PE editor to fix a crash with invalid values being passed in.

Fixed incorrect label in the Save Module dialog.

Optimized the variable naming step in the decompiler by reducing memory allocations.

Prevent delegate construction decompilation from crashing the entire decompiler if it failed.

Ignore invalid prefixes when constructing the ILAst. This prevents a common method used to crash the decompiler from working.

Many improvements and fixes to the async method decompilation logic.

Optimized the removal of dead nop instructions when building the ILAst. This deficiency was a known method to crash dnSpy's decompiler by filling a method body with huge amounts of useless code.

Fixed a rare case where field initializers would not be detected properly.

Fixed a rarely occurring bug that resulted in incorrect ILAst being built.

Optimized construction of ILAst by calculating the stack behavior of instruction only once and by caching the result of MethodDef.HasReturnType.

Fixed a bug that caused the infamous ??? exception to occur when debugging.

Fixed a crash that occurred in the .NET Framework version of dnSpy when a module loaded into memory during debugging would contain an invalid file path resulting in a crash.

Mono.Debugger.Soft was updated to the latest commit.

@fifty-six made their first contribution in #13

@DeNcHiK3713 made their first contribution in #22

@InKahootz made their first contribution in #35

@riQQ made their first contribution in #36

@SychicBoy made their first contribution in #83 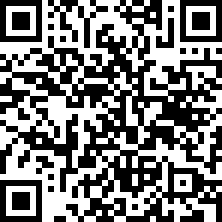